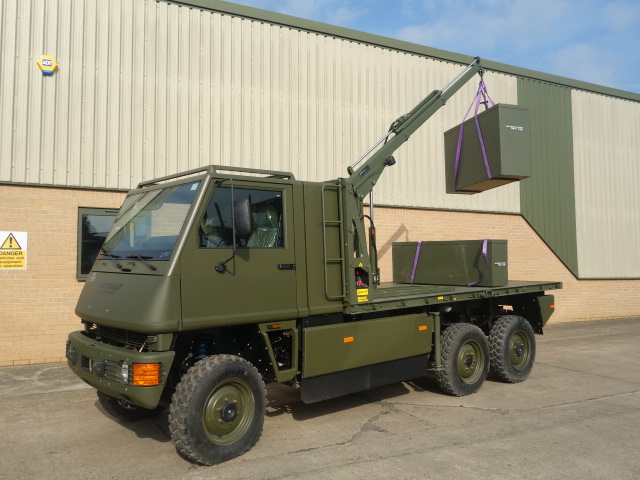 We have just received direct from the military a choice of Mowag Duro II 6x6 LHD cargo trucks fitted with Hiab 022T crane with a max lift of 1,730 kg`s.
These trucks are all in unused condition with approx 100 kilometres only


The HISTORY of the military Mowag Duro II 6x6